Media Release:
Are city and country water supplies unnecessarily being put at risk by the same fracking chemical found by the Environmental Protection Authority (EPA) to have contaminated an aquifer in the United States. Why did Arrow Energy not disclose this same chemical on its website list?

Evidence of coal seam gas 'fracking' within 60km of Brisbane and the Gold Coast confirms aquifers below our major cities and food growing regions may unnecessarily be put at risk, according to landholders fighting gas in the Scenic Rim.

Local residents and concerened citizens who last month staged an around the clock, ten day blockade say despite repeated questions about fracking, Arrow has never disclosed the sites or the complete list of chemicals involved.

Lock the Gate Alliance -South-East Queensland spokesperson Heidi Ross, said:
"Arrow Energy just does not seem to want to talk much about fracking in exploration so close to Brisbane and the Gold Coast. When they do, we're finding they're either not telling the truth or at times providing information which we believe is misleading".

"We have a right to know when they're fracking in our backyards and with what chemicals. The people of Brisbane and the Gold Coast also have right to know because their water supplies are linked to ours. "
"It's only from looking at newly released well completion reports, lodged with the Mines Department, that we find out Arrow Energy used a chemical known to have contaminated underground water aquifers in the United States. Arrow doesn't list the chemical on its website. We want to know why?"

"2-Butoxyethanol has been declared a Priority Existing Chemical (PEC) by Australia's National Industrial Chemicals Notification and Assessment Scheme ("NICNAS"). It is highly mobile in soil and water. We ask why is it allowed to be used in Fracking at only 340m below the ground in very close proximity to the major drinking water supply for our region. In an area where the underground aquifers link to systems below Brisbane and the Gold Coast."

"Our concerns are compounded by what we know about fracking. In New York State in the USA, the local authorities have banned this technique in their catchment because they recognise it does have the potential to contaminate the city's water. Fracking is also banned in France, South Africa and Bulgaria. In New South Wales they have a moratorium because they believe there are enough doubts about the process to warrant it being put on hold to investigate it's safety."

"A moratorium on Coal Seam Gas and Fracking is essential. At risk is the water beneath our major cities and Queensland's food growing regions like the Scenic Rim; the same water we use to produce Queensland and Australia's milk, meat and vegetables. All over the world they are stopping fracking because it is dangerous and puts water at risk: Queensland must adopt the precautionary principle and do the same. We cannot afford to risk contamination of our water or food."

Posted by the black cockatoo at 17:15 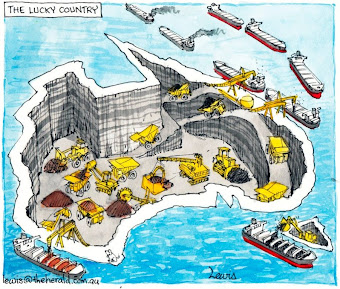 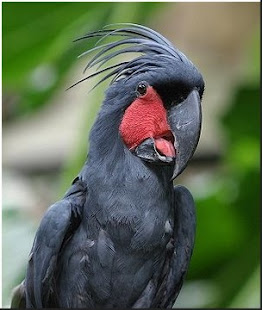 ....travels the Countryside, Squawks Loudly, Loves The Bush and Always Tells The Truth!

A - Z Mine Sites Australia

Comprehensive Guide to Minesites Around Australia

New to CSG and Need Info Quick? Click Here to Get Up To Speed

About The Black Cockatoo

The Black Cockatoo Blog is an open forum and news service about Coal Seam Gas Mining, not just in Australia but all over the world. From time to time we will post articles that may not relate fully, but will have some relevance.

The Black Cockatoo Blog was born to bring information to the many, many people who are, or will be affected - who may otherwise not know what is happening in this great Country of ours.

Many of the views expressed in this blog under "Editor's Note" are not necessarily the views of the Editor (but they might be). SQUAWK!! SQUAWK!! 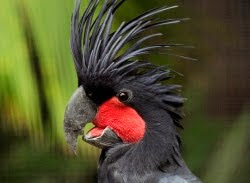